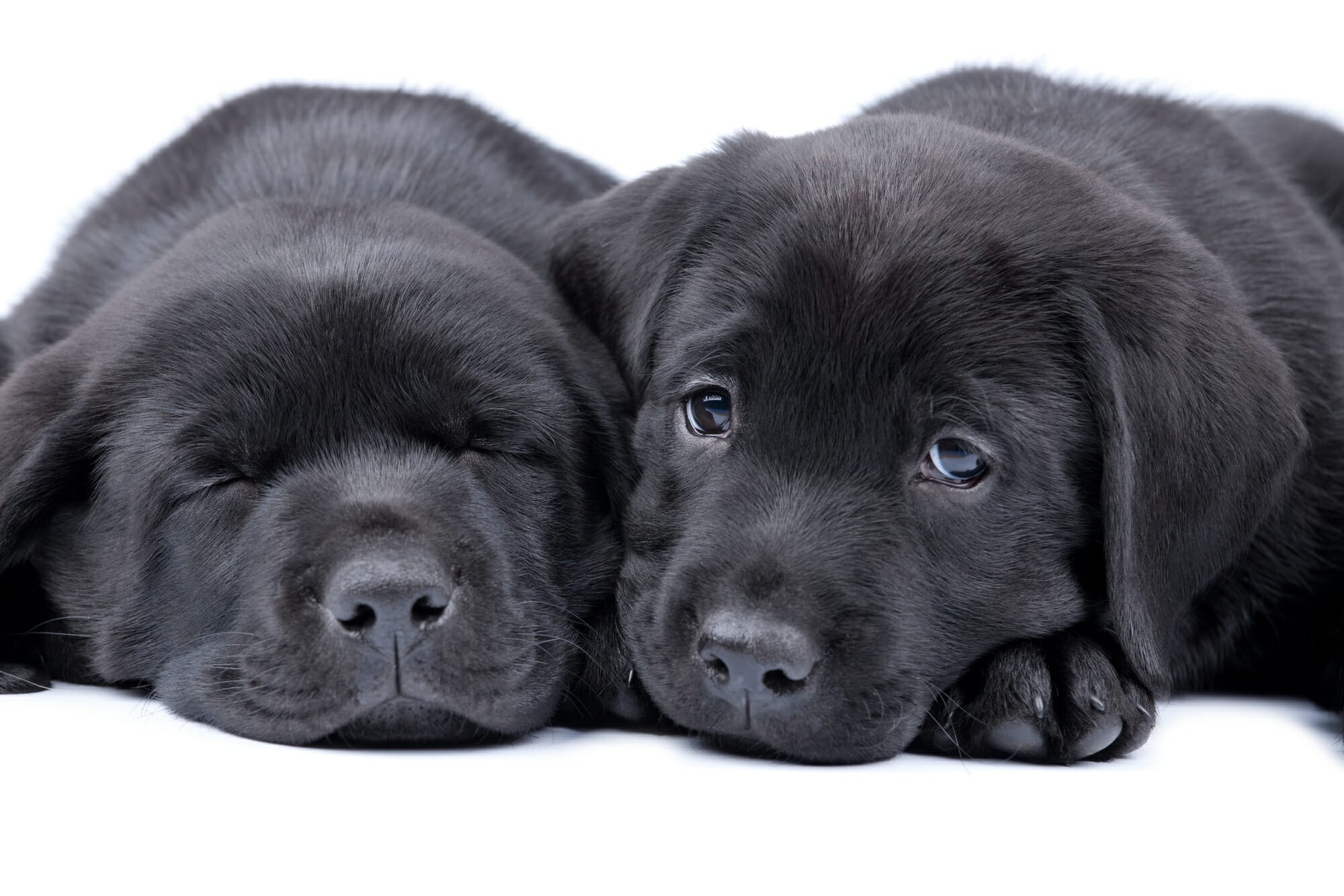 Have you been wondering how smart Labrador Retrievers really are? If you have a dog of this breed, you will be lucky to know that your four-pawed friend is one of the smartest dogs in the world!

That’s right, Labradors are not only friendly and energetic all the time, they are also a lot smarter than you think. All of these traits make this breed one of the most popular family dogs in America and the rest of the globe.

When it comes to the official statistics, Labradors are actually ranked as the 7th smartest dog breed out of a total of 138 breeds. With that said, here’s how the dogs’ intelligence is actually measured and how you should behave with Labrador Retrievers considering how intelligent they are!

You might be asking yourself how is it that we know which dog breed is the smartest and who determines such a thing? Well, there are established criteria used to measure the dogs’ intelligence and each dog breed was put under the same test to deliver the results.

These criteria are largely based on the contributions of a well-known canine psychologist Stanley Coren. Along with nearly 200 of the best obedience trial judges, Coren led a significant study in North America to determine the general intelligence criteria for dogs.

The criteria include two main tests that measure the number of repetitions a dog needs to learn an unknown command, as well as the rate at which a dog breed will obey an already known command on the first attempt.
A total of 138 dog breeds were put to the test based on these criteria and it was not surprising to see Labrador Retrievers perform so well. On average, Labrador Retrievers can learn a completely new and unknown command with only five repetitions.

While some dogs might need several training sessions to learn one command, Labradors can do it in only five tries, which is in reality very impressive. That is why this dog breed is one of the easiest and quickest dog breeds to train.

An average dog needs 25 to 40 repetitions to learn a new command. Now you can imagine how smart Labrador Retrievers are if they can do it in 5 or fewer repetitions. It’s like they understand what we are saying and asking them to do.

With that said, we can conclude that Labrador Retrievers fall into the category of the smartest dog breeds out there along with poodles, Doberman, border collies, rottweilers, and golden retrievers.

Other Ways to Measure Intelligence

It is important to mention that Coren only measured canine intelligence based on obedience and working intelligence. While this is considered to be the most objective way to measure how smart a dog breed truly is, there are other ways to measure intelligence as well.

Instinctive intelligence generally refers to that one innate skill or special ability that the dog breed was bred for. In the past, dogs had a much greater purpose besides just being family pets. 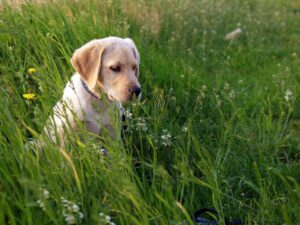 There were dedicated dog breeders who bred certain types of dogs for specific jobs and roles in different industries. For instance, poodles were bred to be water retrievers. Thus, their innate instinct or skill is to swim very well.

Much like poodles, Labradors were also bred to be water retrievers with their original role being in fishing. Thus, Labrador retrievers can be considered the ultimate water dogs, which explains why they like swimming and jumping in the water whenever they find it.

This innate intelligence has also led to certain physical developments in Labradors. For instance, these dogs have water-resistant double coats for additional insulation in cold water. Their fur is short to keep them buoyant in the water as well and they even have webbed toes that allow them to swim more efficiently.

Thanks to these innate features and the innate skill for swimming, Labradors were used by fishermen to recover escaped fish or pull the fishnets. Today, they remain very enthusiastic about any type of water activity.

Adaptive intelligence, on the other hand, is the opposite of instinctive intelligence. It refers to the dog’s ability to learn new skills and adapt to new environments more quickly.

As extremely smart dogs, Labrador Retrievers can learn things from their previous mistakes or simply by observing certain activities. For instance, if your Labrador sees you opening the door repeatedly, they will pick up on it and figure out how you did it.

Therefore, don’t be surprised to see your dog opening doors around the house or doing other activities they saw you do. This intelligence trait also makes Labrador Retrievers very fun pets to have around.

If you asked any owner of a Labrador Retriever, they surely have a ton of funny stories about how their dog picked up on a random skill or learned to do things that dogs are not supposed to be doing. However, this is definitely a positive trait as it proves how intelligent this dog breed really is.

Therefore, if you are looking for a dog that is easy to train and learns quickly, you will never go wrong if you choose a Labrador Retriever. There are endless opportunities when it comes to teaching this dog to obey commands and play around on a whole new level!

How to Entertain Smart Dogs

If you own a Labrador Retriever or you plan on getting one, you have to keep in mind that these dogs are very intelligent and they don’t like to be bored. Instead, they love facing challenges, solving problems, and finding new ways to entertain themselves over and over again. 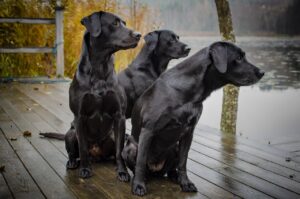 With that said, it is known that Labrador Retrievers require a lot of mental stimulation in the form of playing, hunting, or solving problems. If you plan on getting a Labrador Retriever, make sure you have enough time to give the dog the attention he will be looking for.

This includes mandatory obedience training daily that will keep your dog entertained and mentally occupied. Another good idea is to look for common dog puzzles that require the dog to solve a problem to reach a hidden treat.

There are plenty of different smart toys for dogs available on the market that your Labrador Retriever will fall in love with. If you don’t have enough time to train the dog and challenge his intelligence daily, then consider getting him one or two of these smart toys to keep him occupied.

Interactive toys with hidden treats have a positive effect on the dog’s mental health. These toys are not only entertaining but they will also make the dog feel enthusiastic and accomplished once they manage to get the hidden treat out of the trap.

Keep in mind that the worst thing you can do for your Labrador Retriever is to let them get bored over time. These dogs are always looking for new activities and if they don’t go out often enough or socialize with other dogs, they might start displaying depressive behavior, which is definitely not something you should allow.

Therefore, make sure to take your dog on regular walks and dedicate time to teach him new tricks at least a few times a week. A few interactive toys won’t hurt along the way if you want your dog to have a good time!

With all that said, we’ve covered some of the most important and most common ways to measure canine intelligence and how the breed of Labrador Retrievers fits into that story. It’s easy to conclude that Labradors are some of the smartest dogs out there and they make for the best family dogs because of that.

Moreover, Labradors are so easy to train that you won’t have to spend days teaching them the same command. They can learn different commands in five repetitions or even less, depending on how much mental exercise they get daily.

You can check out this YouTube video to learn more about how you can train your Labrador Retriever and easily teach him new tricks and commands. With that said, we hope you enjoyed this article and that you’ve learned something new about canine intelligence and this dog breed.

As always, make sure to leave a comment below if you have any questions about Labrador Retrievers, how smart they are, or canine intelligence in general!